It's all Minnesota sports fans have been talking about. The Vikings draft, the new Vikings Nike Jersey's and the MN Wild making it to the playoffs (shh). Experts have even given the Vikings High grades on the NFL Draft. We couldn't be more thrilled! We watched Minnesota go bold and pick three players in the first round, with the moves made by analysts and Vikings general manager Rick Spielman.

All of these three players were considered first-round talents. The Minnesota Vikings were so excited to get this! Florida defensive tackle Sharrif Floyd and Tennessee wide receiver Cordarrelle Patterson were top choices. 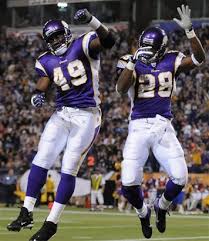 Sharriff Floyd, University of Florida defensive tacklewill be starting by the 2014 season. Minnesota didn't hesitate to draft Floyd at No. 23.

The Vikings then swang a big trade with the New England Patriots to get back into the first round and grab Patterson.

What's Next for the Vikings:

Whether these players come into play or not next season, we can't wait to see what happens. Each Viking season is unique and it will be more than excited to see who does what. 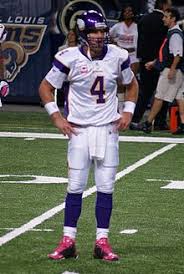