In seven years with the Green Bay Packers, Greg Jennings only played one game that wasn't quarterbacked by Brett Favre or Aaron Rodgers. He signed a five-year deal with the Vikings, immediately becoming the face of a receiving corps in transition and the refuge for a quarterback still learning to play in the NFL.

The five-year contract the Vikings gave Jennings, worth a reported $47.5 million, and the attention they lavished on him during a two-day visit, certainly helped to close the deal. 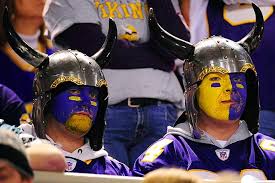 Greg Jennings with the Vikings:

It's exciting that Greg Jennings will be the Vikings' No. 1 receiver. We think that as talented as Percy Harvin was, the Vikings felt like they needed a true outside receiver. The Vikings saw in Jennings a player unique enough to woo in free agency, where they typically don't spend much money. They contacted Jennings' agent, Eugene Parker, on the first day of the three-day negotiating window leading up to free agency. General manager Rick Spielman quickly told Parker the Vikings were interested, and asked him to call them when they were setting up free-agent visits. 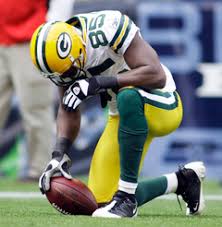