The Vikings-Packers rivalry is an intense NFL rivalry between the Green Bay Packers and Minnesota Vikings. The rivalry began all the way back in 1961, when the Minnesota Vikings entered the league as an expansion team. The rivalry is known for being very close, both in the all-time series and in each game. It is also considered to be one of the most intense rivalries in the National Football League, due to these close games, the fact that both teams have often fought for the NFC North title, and the fact that the two states in which these teams reside (Minnesota and Wisconsin) have a rivalry in many sports and leagues such as the Big Ten Conference. Heard of the Gopher Badger rivalry? Yeah, it's like this.

So who do you root for?

What is the hottest rivalry in the Midwest? Vikings Packers, of course. And since this is the last Packers Vikings game in the Metrodome, tickets are a highly covented good. Don't worry, though, because Vikingstickets.com has your hook up for tickets still available. The game is Minnesota Vikings vs. Green Bay Packers. The time is Sun, Oct 27 2013 7:30 PM. The place is the Mall of America Field At Hubert H Humphrey Metrodome in Minneapolis, MN. 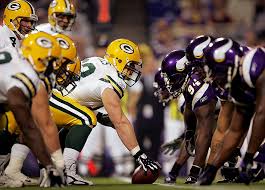